Eye Allergies: What You Need To Know

Eye allergies, also known as allergic conjunctivitis, are commonly occurring allergic reactions to foreign particles entering and irritating the eye. To fight off these foreign particles, which is also called allergens, the eyes produce a substance called histamine to help combat these allergens. This causes the conjunctiva of the eye to become swollen and red, resulting in the eyes feeling itchy and tearing up.  Unlike other forms of conjunctivitis, this allergic reaction is not contagious, meaning that it cannot be spread from person to person. 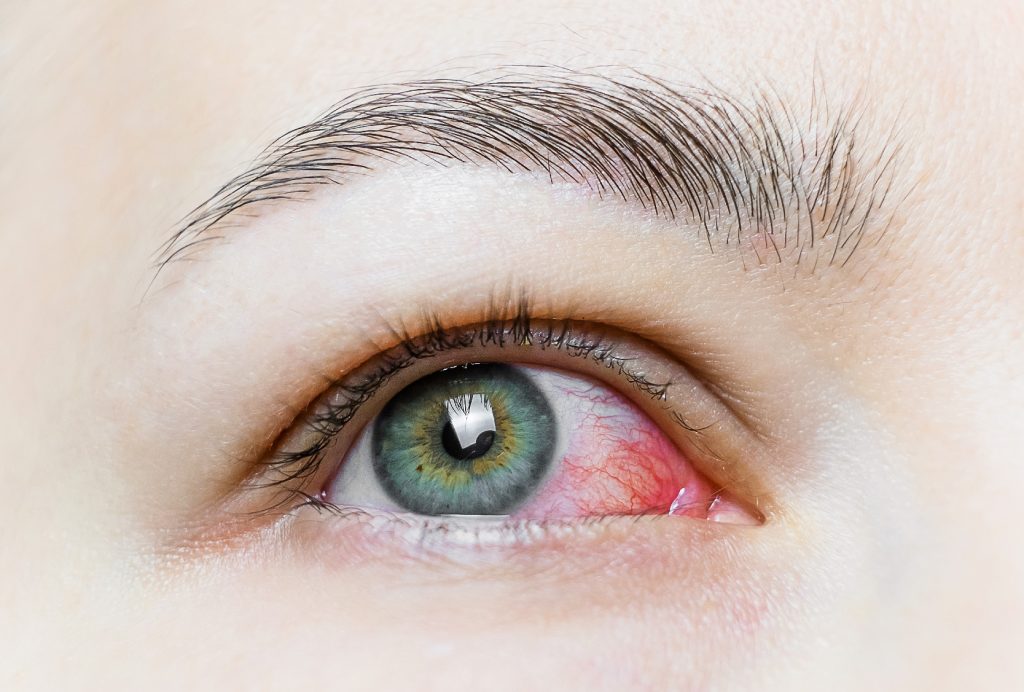 Allergens can be found both indoor and outdoor, which triggers the allergic reaction in the eye. Commonly found allergens include mold, smoke, dust, dust mites, pollen from plants and pet dander. Cosmetics and perfumes are also known to cause eye allergies as well, so when applying any cosmetic to your face, it is recommended to avoid the eyes. There has also been evidence to suggest that eye allergies are inherited, so a person may be more likely to contract an eye allergy if one or both of their parents are also prone to allergic reactions in the eye. Studies have also shown that there is strong correlation between nasal and eye allergies, meaning that people with nasal allergies are more likely to contract an allergic reaction to the eye as well.

To treat eye allergies, it is recommended to avoid or limit exposure to the substance or particles causing the allergic reaction. For example, if you are allergic to smoke, it is best to avoid smokers and keep clear of secondhand smoke from entering and irritating your eyes. Other preventative measures such as wearing sunglasses, washing hands after touching pets or using mite-proof mattress cover would help to reduce the risk of allergens triggering an allergic reaction. Using artificial tears can also relieve the symptoms of eye allergies such as dry or irritated eyes temporarily. It is important to use the artificial tears according to the instructions as stated in the packaging, which is usually up to six times a day. Eye allergies can be frustrating to deal with, but taking preventative measures and limiting exposure to allergy triggers can reduce the occurrence of this eye condition.

May 26, 2022
In Malaysia, contact lenses have grown in popularity, particularly cosmetic contact lenses, which have become a sought-after fashion accessory. The rising adoption and use of such beauty lenses in Malaysia have also increased the market share, raising their revenue contribution of contact lens sales from 26 percent to 30.
Read More

April 28, 2022
Children nowadays seems to be getting less play time outdoors and instead spend more time indoors using digital devices such as smartphones, tablets, laptops or LED television. These digital devices usage is becoming a norm in our children’s lives, such as attending online classes or watching their favourite videos..
Read More

January 27, 2022
What is Presbyopia? Presbyopia is the loss of your eyes’ ability to focus on nearby objects as you get older, usually occurring around the age of 40. You might find yourself struggling to read books or even text messages even when you are wearing your usual prescription glasses or.
Read More

May 5, 2021
Refractive errors occur when light is prevented from focusing directly on the retina, which leads to blurry vision. You may find it difficult to see objects at a certain distance and in severe cases, refractive error can cause visual impairment. You may find more information on the 4 different.
Read More

May 5, 2021
After an eye exam, your optometrists would write down your prescriptions in numbers and abbreviations. Sometimes you wonder, what does each of them mean? Here’s a short guide to understand them! OD, OS and OU OD is short for Oculus Dexter = Right Eye OS is short for Oculus Sinister = Left.
Read More

May 5, 2021
Screening for eye diseases involves going to your eye care professionals such as optician, optometrist and ophthalmologist (eye doctor) to have your vision measured and eye examined thoroughly for signs of any eye diseases. This is because certain eye diseases (such as glaucoma or diabetic retinopathy or) may not have.
Read More

May 5, 2021
What would you use to clean your glasses when there are smudges or stains on the lenses? Cleaning it with shirt or tissue are probably the most common methods we use daily. However, what we’ve been practicing is actually damaging the glasses because our shirt contains dust and other.
Read More

May 5, 2021
Massage feels good. It makes your body better. Have you ever wondered how long you didn’t massage your eyes? It is recommended to pamper yourself with an eye massage during or after a long working day. We often neglect how important it is to us and our vision. By.
Read More

May 3, 2021
In this modern world, our life revolves around digital devices to assist us in conducting various tasks. Whether it is for work, school or even for leisure on smartphones, tablets, and computer monitors, we rely on them daily. All digital devices emit blue light that can contribute to digital.
Read More